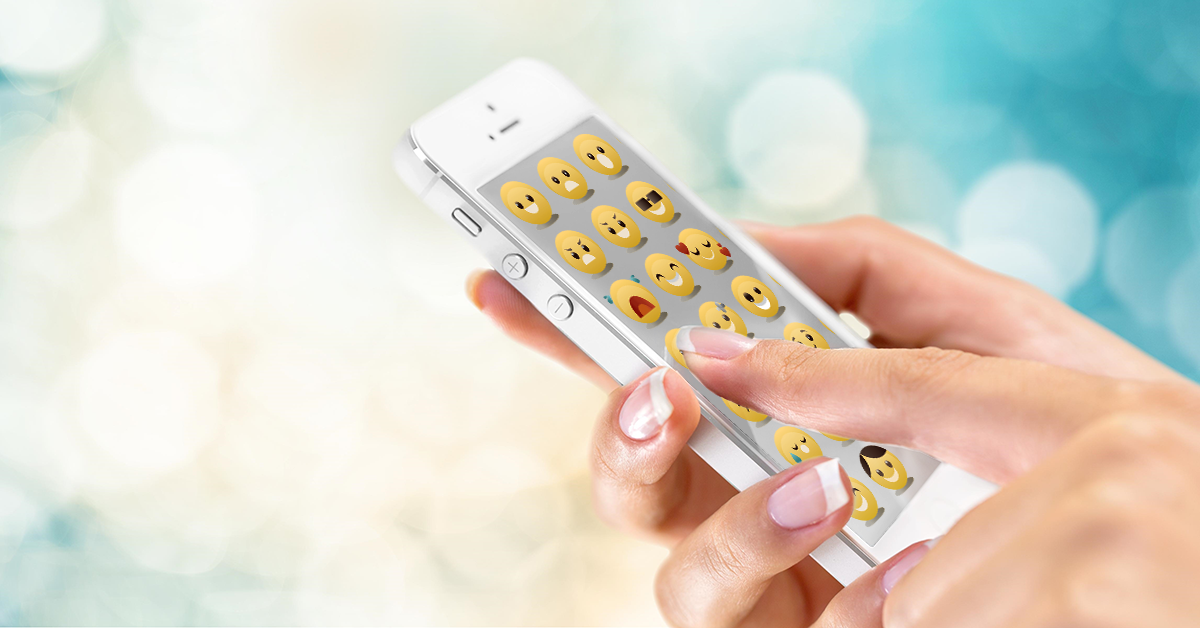 And why you might use them in social marketing.

Those sparkles (✨), along with the occasional smile (😊) or wink (😉) I throw in, are called Emoji or Emoticons. They’re symbols that are generally just for fun, but they can serve a purpose. If you didn’t know, some emoji work almost anywhere! Including your favorite social sites, like Twitter. Perhaps that’s part of why, in marketing alone, emoji use was up 777% last year!

Used in moderation, emoji can be a fun way to do several things.

The first reason, and maybe most obvious, is that they’re fun. People scrolling past miles of text updates will pause at emoji much like they would any other image. Anything that makes your post fun, makes it engaging.

The second reason is to shorten the number of characters you need. Here’s an example:

I’m flying to New York City tomorrow to see a house, but if there’s snow I’ll drive instead. Here’s the listing: fakelink.com

26 characters can make an enormous difference in the fast-paced and compact world of social marketing. Just remember to use them in moderation – the above example is pushing my luck, and I wouldn’t post like that all the time. It’s better for chatting with your audience – for your business promo posts you might use 1, maybe 2, to get a strong point across with personality!

They can also be a great way to get your audience engaged. If you ask your followers if they like 🍦 or 🍰 it’s very easy for them to answer, so they’re more likely to do so.

Wondering where to get these cuties? It’s worth noting that most mobile devices have emoji keyboards built in. Laptops and desktops, however, not so much! I like http://getemoji.com. The ease of copy and paste functionality, and they have a list of emoji that work in social site bios.

Let’s have some fun! Leave an emoji comment below. 😄